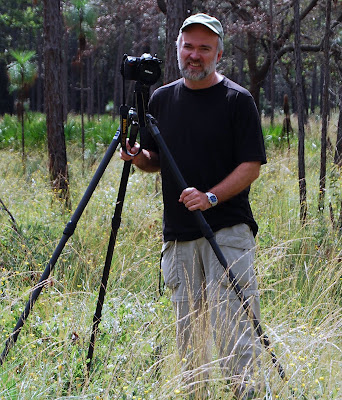 Please join our staff in extending warm wishes to Gary Knight, who retired from FNAI last month.  Gary joined FNAI in 1990 as staff botanist, and served as Director from 1995 to the present.  Under Gary’s steady leadership, FNAI has continued to grow and thrive as one of the premier heritage programs in the NatureServe international heritage network.  Gary forged strong partnerships with key state and federal agencies and NGOs, and expanded FNAI’s role in several important conservation efforts around the state, including scientific evaluation of Florida Forever land acquisition proposals, mapping and monitoring of 2.6 million acres of natural communities on conservation lands, and creation of an invasive species database for Florida.  During Gary’s tenure FNAI scientists have added or updated approximately 21,000 documented occurrences of rare species and natural communities to our element occurrence database, for a current total of more than 35,500 occurrences across the state.  Gary was the driving force behind three major FNAI publications:  field guides to the rare plants and animals of Florida, and the Atlas of Florida’s Natural Heritage.  Through it all Gary fostered a supportive, team-oriented, and fun work environment for the many staff who have been part of FNAI over the past twenty years.  We will miss his leadership but wish him the best in a well-deserved retirement.


Gary will be succeeded as FNAI Director by Dan Hipes.  Dan started work with the Florida Natural Areas Inventory in 1993 as a field biologist.  He was promoted to Senior Zoologist in 1995 and has served as the Chief Scientist and primary assistant to Gary since 2001.  Dan’s experience provides for a seamless transition and continued growth in FNAI’s partnerships and influence in Florida conservation.